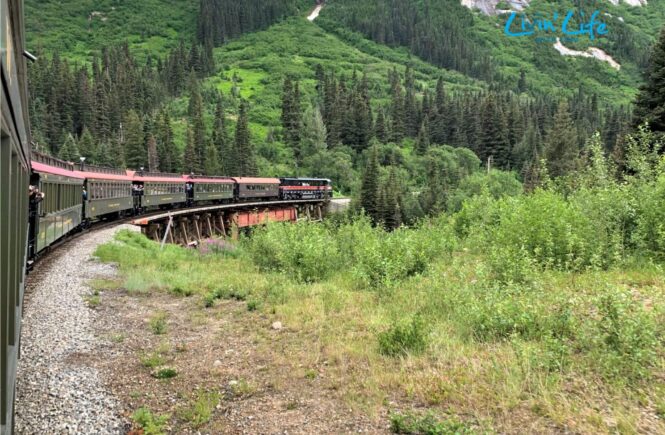 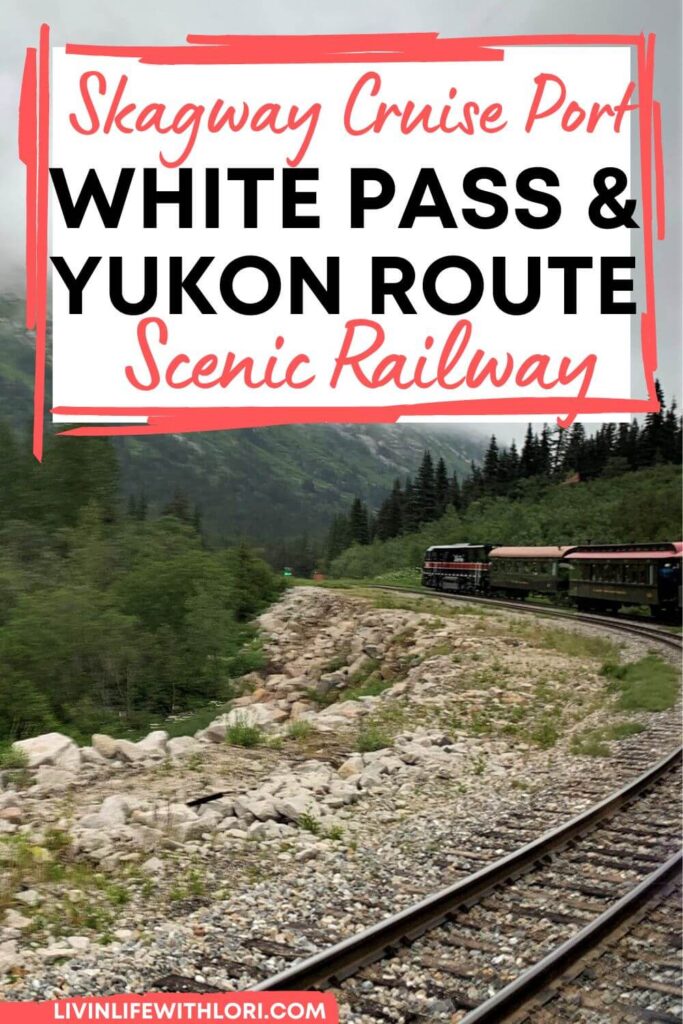 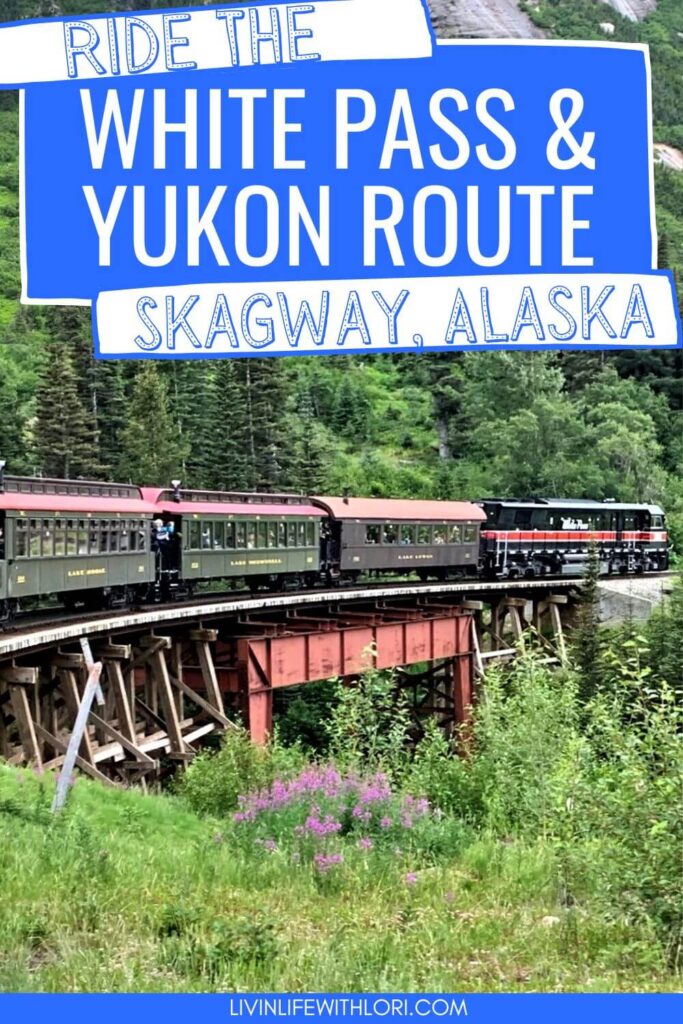 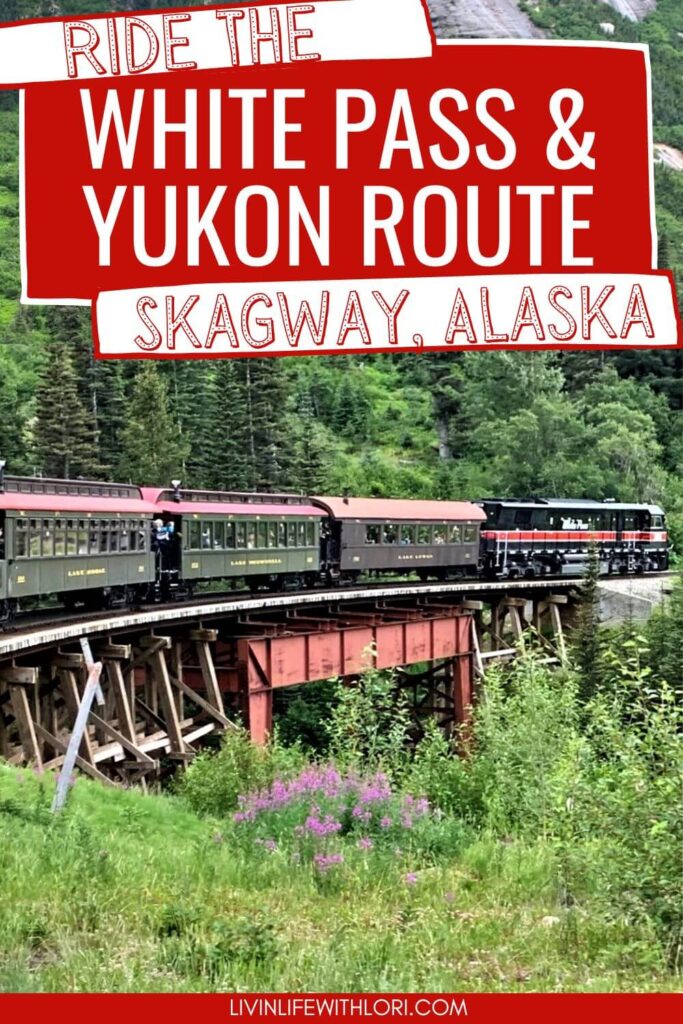 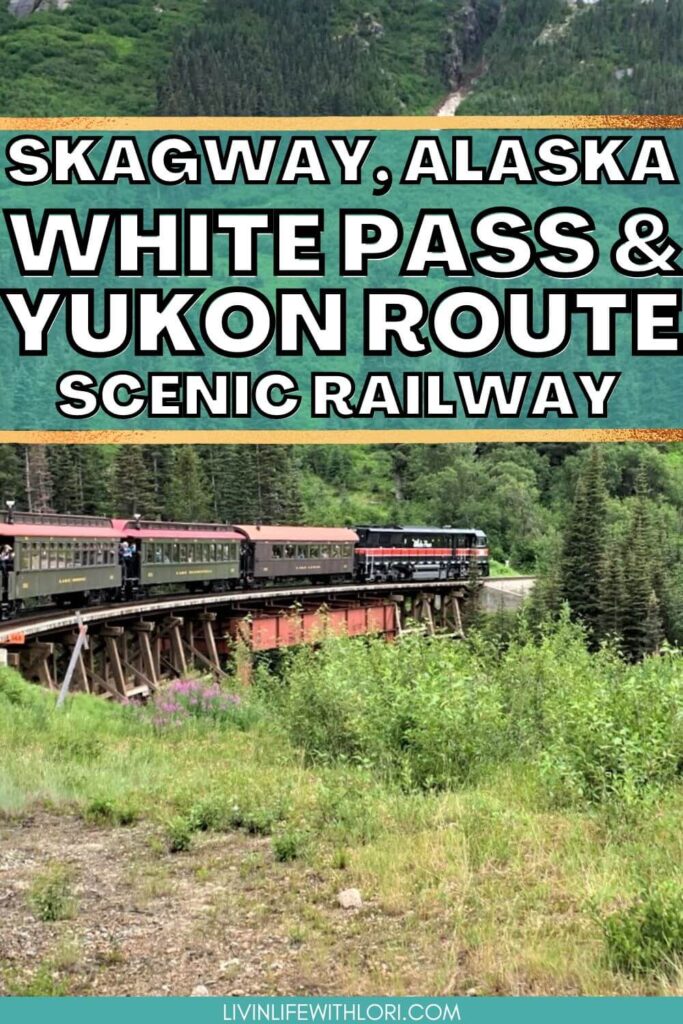 If Skagway, Alaska is one of your cruise ports on a cruise to Alaska, don’t miss riding the White Pass and Yukon Route Railroad as one of your shore excursions!

This narrow gauge railroad takes you from the port of Skagway up some 2,888 ft. to White Pass Summit, the official border between the United States and Canada. Here are some great tips we learned that will help you have an awesome trip on The White Pass Scenic Railway in Skagway, AK.

The White Pass and Yukon Route Railroad is an International Historic Civil Engineering Landmark. Built in 1898 during the Klondike Gold Rush era, the route climbs from sea level 20 miles to almost 3,000 feet at the summit of White Pass.

Because of the tight curves of the White Pass, a narrow gauge railroad was used with rails three feet apart on a 10-ft wide roadbed.

Thirty-five thousand men worked on constructing the railroad building the 110 miles of track – sometimes in the dead of winter and heavy snow.

Boarding The Skagway Train Tour From The Cruise Ship

When we first booked our Alaska cruise on the Discovery Princess cruise, one of the first excursions I booked was The White Pass And Yukon Route Railroad.

At the time, a Passport was required as the train took you from the port of Skagway some 67 miles to Whitehorse, the Capital of Yukon.

However, we were soon notified that Canada’s border remained closed, and the White Pass train would only take us to the U.S. and Canada border making a loop to take us back down to Skagway.

We didn’t change our plans and the train ride was one of the highlights of our cruise to Alaska!

The White Pass train boards right near the cruise docks, so you don’t have to walk too far after getting off the ship.

On the return trip to Skagway, you can either be dropped off in downtown Skagway or back at the cruise docks.

We had the first excursion of the day at 7:45 a.m. While it was early in the day, I wanted to have enough time to explore the town of Skagway. However, in some places there was still fog and visibility was poor so I’m not sure it was the best time of day to ride The White Pass Railway.

But – you never know! It could be a clear day where you can see for miles. It really didn’t matter because the entire train ride was amazing.

Pro Tip: For the best photos, walk to the front or back of the train car and go outside!

White Pass Scenic Railroad takes you through tunnels, over Dead Horse Gulch, and many photo opportunities of places like Inspiration Point and Bridal Veil Falls – a beautiful waterfall cascading 6,000 feet from the glaciers on Mt. Cleveland and Mt. Clifford.

The conductor will walk through the passenger cars to take your train ticket and answer any questions you may have.

The entire trip is narrated so you can learn about the history of building the White Pass & Yukon Route railroad, stories that happened while building it, and they will tell you when the best photo ops are coming up!

Things You Will See Along The White Pass Railroad Route:

When the border opens in the future, The White Pass & Yukon Route Railroad will continue to Whitehorse – the Capital of Yukon.

When the train returned to Skagway, the conductor announced we could get off the train in the town, or we could ride the train back to the cruise dock.

We decided to get off the train and explore Skagway.

There were several cruise ships docked in Skagway that day, and the town was crowded. All along the streets, you’ll see stores, restaurants, and specialty shops.

Pro Tip: Look inside your complimentary Onboard Magazine from the White Pass Train Ride for coupons to use!

Founded in 1890 as the gateway to the Yukon and Klondike goldfields, Skagway at one time had a population of 10,000 people. Once the gold rush ended in 1900, the population dropped to 3,110.

The town might not have survived if it weren’t for the construction of the White Pass & Yukon Route Railroad – the first major railroad in Alaska, bringing freight, fuel, and transportation to White house as well as several mines in the Yukon.

We walked through the town stopping to purchase more Alaska memorabilia, then decided to walk back to the cruise ship.

Pro TIP: There are brand new restrooms along the walkway back to the docks!

We loved the cruise port of Skagway, Alaska. After returning to the ship, we sat on our balcony just taking in the views of Skagway.

We decided that the cruise port of Skagway was our favorite stop on our Inside Passage cruise to Alaska!

While there are many other excursions to choose from at this port, we highly suggest taking the White Pass & Yukon Route Scenic Railway – you won’t be disappointed!

Going On An Alaska Cruise? Here Are Some Posts You Will Love

More Travel Destinations You Will Love

19+ Things To Do In Branson Missouri For All Ages

11 Best Things To Do In The Great Smoky Mountains 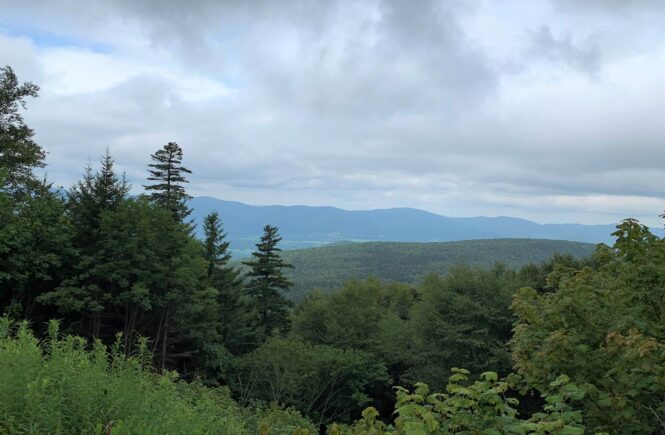 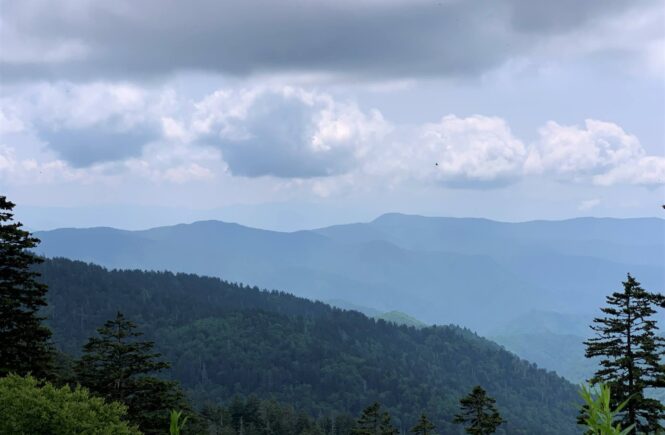 11 Best Things To Do In The Great Smoky Mountains 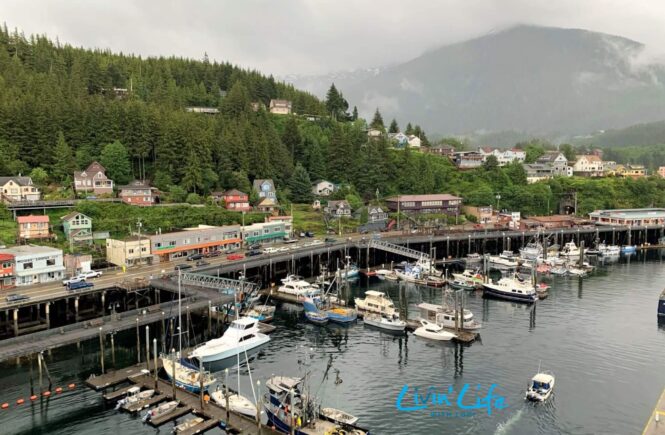 Top Things You’ll Love To Do Ketchikan, Alaska From The Cruise Ship